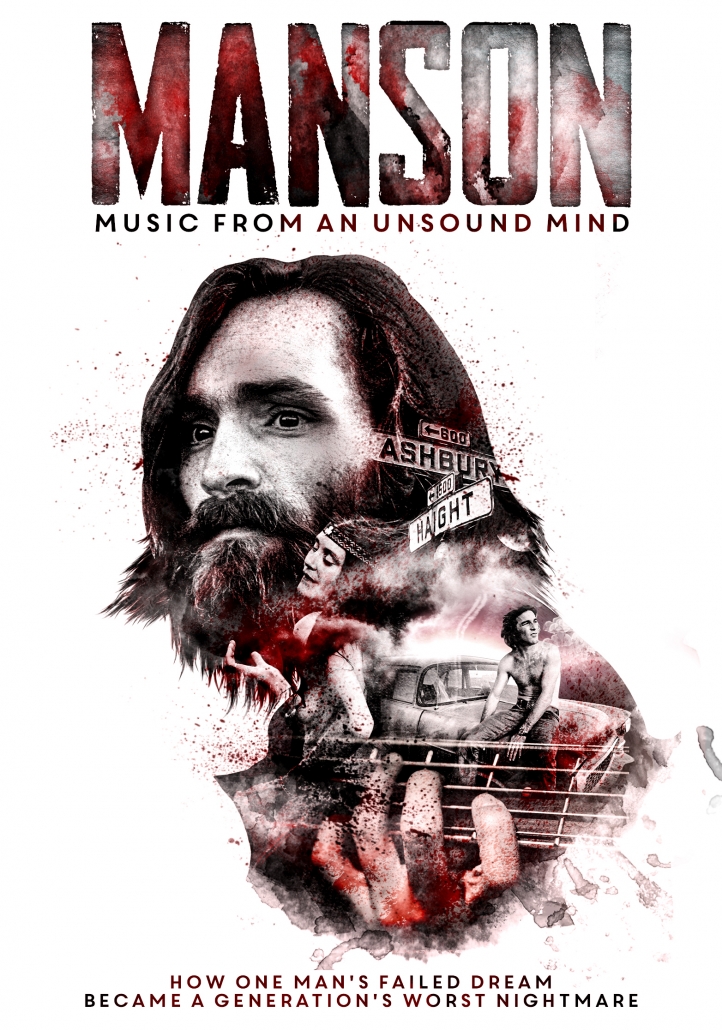 In 1969 Charles Manson and his Family made headlines worldwide, the main suspects in six brutal, seemingly unmotivated murders. Having initially dismissed him as a cult leader, as the police dug deeper into Manson’s past they discovered that he had spent the previous three years pursuing a career as a singer-songwriter – and got remarkably close to the highest level of the music business.

A career criminal, since his release from prison in early 1967 Manson had been following his greatest passion – music – and had come to Los Angeles to break into the flourishing pop industry. He not only befriended major figures on the scene – including Dennis Wilson and Neil Young – but also recorded sessions at LA’s most illustrious studios and had been pursuing a contract with Columbia Records through The Byrds’ producer Terry Melcher.

Manson: Music From An Unsound Mind reveals the full, untold story of Manson’s obsession to become a rock star. Investigating his rise in the LA music scene and his relationships with major stars of the era – in particular his tragic friendship with Beach Boys drummer Dennis Wilson – this film uncovers the dark connections between Manson’s musical activities and the murders that would make him famous. Featuring: Manson Family member Dianne Lake; Dennis Wilson’s song-writing partner Gregg Jakobson, who became Manson’s closest ally on the LA scene; Manson’s fellow inmate from 1966, Phil Kaufman, who would release the cult-leader’s only LP; Beach Boys’ engineer Stephen Desper, who produced and recorded Manson at Brian Wilson’s home studio; Ernie Knapp, the guitarist in Manson’s short-lived band The Milky Way and many more.

“**** (Four Stars) On the 50th anniversary of the Manson murders, which is understandably a year overflowing with Manson content, Music from an Unsound Mind hits a high note. Directed by Tom O’Dell (How the Beatles Changed the World), Music from an Unsound Mind is the untold story of Manson’s compulsion to become the next great rock star. Through talking head interviews with biographers, former Manson family members and associates, and a fat stack of stunning archival footage and photos to punch up the narration, O’Dell fashions an all-encompassing tour de force.”

BANKSY AND THE RISE OF OUTLAW ART
Scroll to top