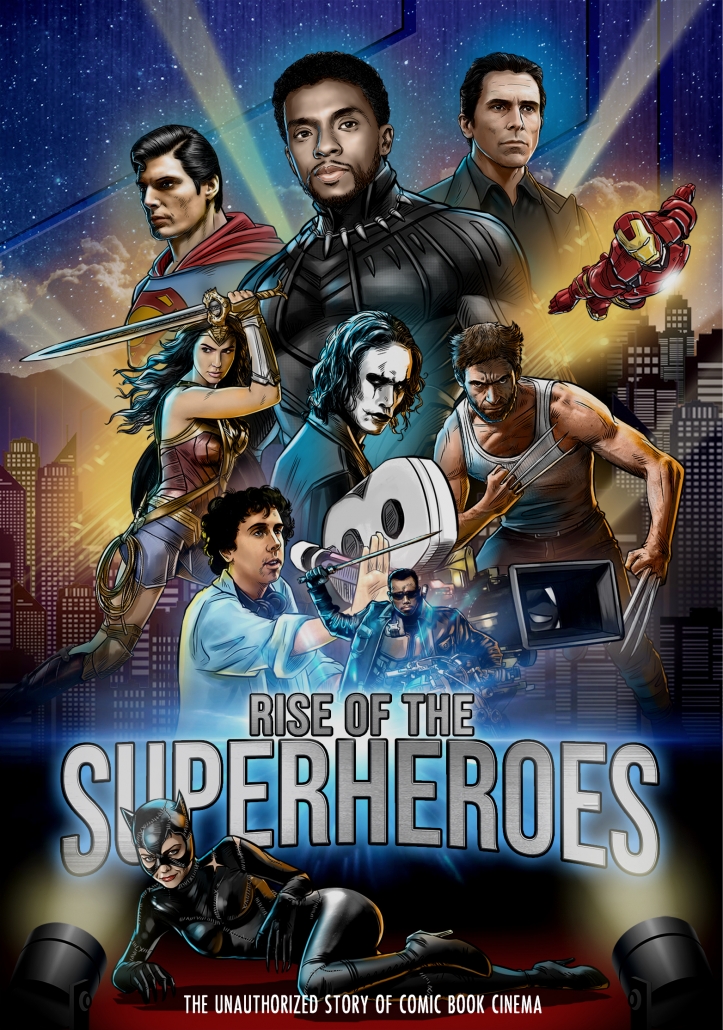 Once they were larger-than-life idols created to entertain children and were dismissed by the adult world. But in the new millennium, characters created over half a century ago have risen up to conquer popular culture. This is the story of how Superheroes have successfully transitioned from the comic book page to the silver screen and dominated the box-office worldwide.

“Rise of The Superheroes” traces the development of comic book characters in the movies, from Tim Burton’s prototype blockbuster Batman in 1989, through Blade, X-Men, Spiderman, The Dark Knight trilogy and Marvel’s remarkable Cinematic Universe. It tells the story of how cinema has brought these characters from out of the shadows and turned them into global superstars.