HOW THE BEATLES CHANGED THE WORLD

“A much-told tale refreshed. This visually stimulating film tells the story with a smart twist”

In 1963 a band burst onto the world stage and single-handedly transformed popular culture. The Beatles and their music were a breath of fresh air – dynamic, positive and modern. Yet, from the very beginning, the four loveable Mop-Tops were, in fact, revolutionaries who would pull the world out of its black and white past and into a technicolour future. 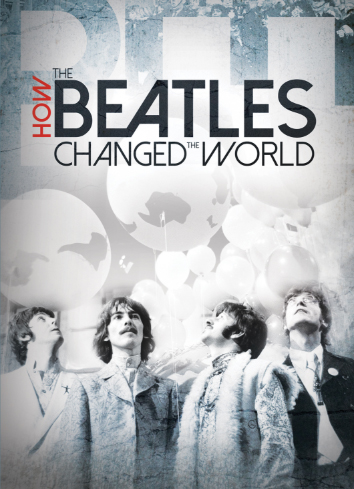 With unlimited access to the historic ITN archives, HOW THE BEATLES CHANGED THE WORLD traces the band’s path through the most remarkable decade of the twentieth century, the 1960s. It not only looks at the impact of their artistic evolution across this period but also at the wider revolution they instigated, from fashion, film and art to the British class system, the anti-war movement, the counterculture, Eastern spirituality, psychedelia and the riots of 1968. Through exclusive interviews and a wealth of rarely seen footage, this film reveals the previously untold story of how four young men from Liverpool transformed the world forever.