DAYS OF RAGE: THE ROLLING STONES’ ROAD TO ALTAMONT 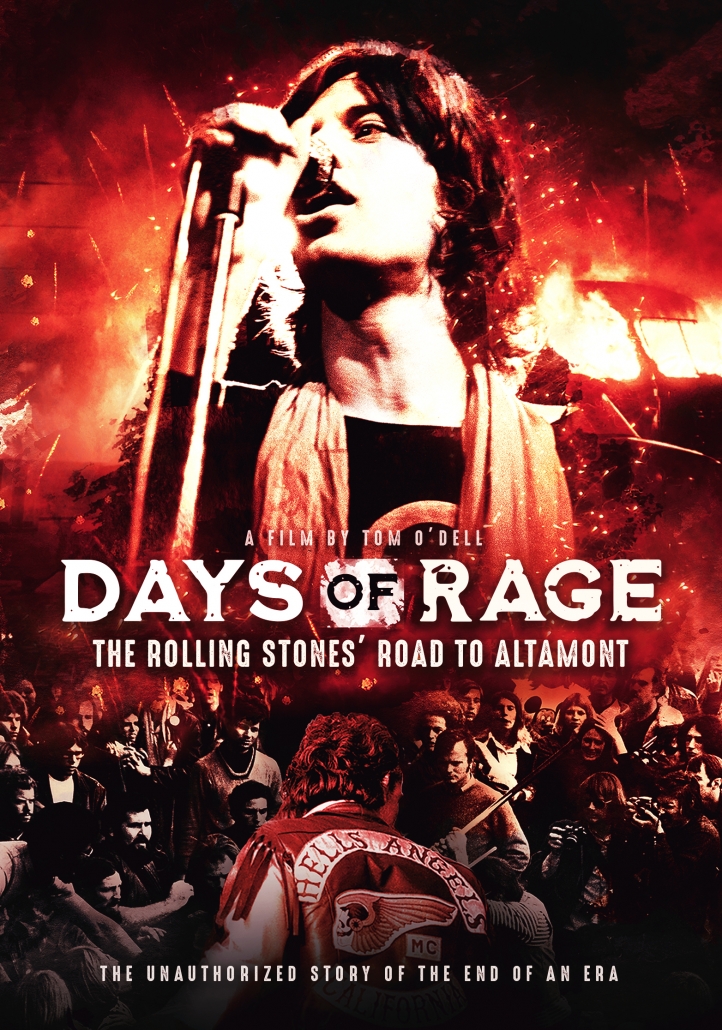 At the close of the 1960s, America erupted. The vibrant optimism of the Summer of Love had been violently shattered, and the youth culture itself came under attack. Amidst riots, assassinations and a war that was spiralling out of control, the band that emerged as the most prominent voice of this new era was the Rolling Stones, who captured the anger and the frustration of a generation at war with the establishment.

In December 1969, the band helped organize a momentous free concert with the Grateful Dead at the Altamont Speedway. Planned as a celebration of the positive fires still burning at the heart of the counterculture, this chaotic and violent event would be remembered instead as the final nail in the coffin of the sixties dream. 50 years on, “Days of Rage” traces the Stones through this turbulent era, all the way to the concert that became known as rock’s darkest day.

Featuring previously unseen footage of the Altamont festival plus eye-witness accounts from the Rolling Stones’ tour producer Ronnie Schneider, who organized their 1969 concerts, including the Altamont festival; tour manager Sam Cutler, who was on the front lines at Altamont; the Stones’ photographer Gered Mankowitz, who helped forge the band’s bad boy image; Altamont reporter Michael Lydon, one of the first journalists to break the story of the tragedy; Joel Selvin, author of “Altamont: The Rolling Stones, the Hells Angels, and the Inside Story of Rock’s Darkest Day”; NME scribe and Rolling Stones’ publicist Keith Altham; celebrated historian Charles Kaiser, author of “1968 in America”; Mojo scribe and author of “Rolling Stones: Off the Record”, Mark Paytress; Contributing Editor of Rolling Stone Magazine, Anthony DeCurtis; Uncut Magazine’s Nigel Williamson and author of “No Simple Highway: A Cultural History of the Grateful Dead”, Peter Richardson.